Uterine fibroids are abnormal growths that can form in a woman’s uterus. They are NOT considered cancer and are common in women of reproductive age, with the incidence increasing from the time of a woman’s first period until the onset of menopause. Up to 80% of women have fibroids by age 50, though they may shrink over a number of years and after menopause. Uterine fibroids are the leading cause for hysterectomy. 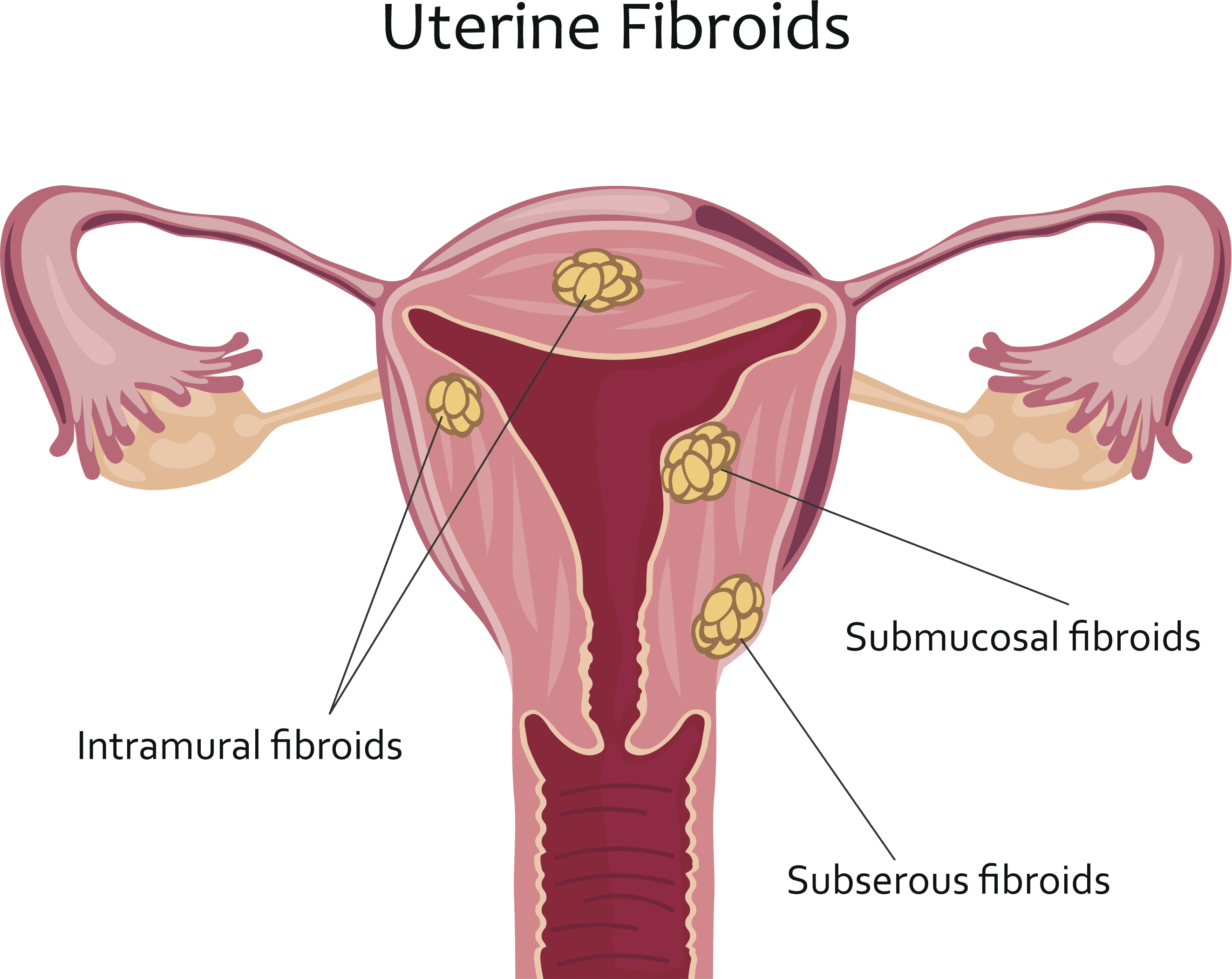 What are uterine fibroids?

Fibroids, also known as leiomyomas, are benign tumors within the uterus, one of the main female reproductive organs. One or more tight lumps of muscle form within the wall of the uterus. More often than not, they cause no symptoms, but up to a quarter of women experience heavy periods, pelvic pain, or other problems. Occasionally, uterine fibroids can cause difficulty getting pregnant or miscarriages. 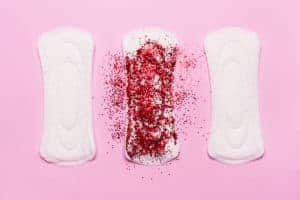 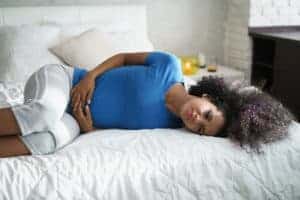 A pelvic exam and pelvic ultrasound are typically used to diagnose uterine fibroids and rule out a more serious condition. A biopsy is only necessary if the doctor is unusually concerned about your symptoms or what they see on the ultrasound.

Why do uterine fibroids happen?

Fibroids are thought to result from the normal monthly cycling of the female hormones estrogen and progesterone. For unclear reasons, black women are 10-15% more likely than white women to have fibroids and also to have more troublesome symptoms.

Other factors that appear to contribute to the development of uterine fibroids include:

Relief of symptoms is the main goal of treatment. Five different approaches are recommended based on the individual woman’s situation.

More detail on the options above:

Which one is right for you? 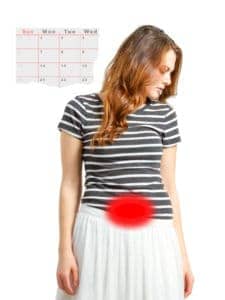 Pain at woman’s uterus due to uterine fibroids

The best treatment for your uterine fibroids depends on several things: your symptoms and their impact on your life and health, age and proximity to menopause, your short term and long term plans to have children, the size, number, and location of the fibroids, and of course your preferences and concerns regarding each option.

It is possible for fibroids to shrink or disappear given time. Studies show many women who had uterine fibroids confirmed by ultrasound at one point in their lives are later found to have no or smaller fibroids, particularly after the onset of menopause when hormones naturally decline. Therefore, while surgical intervention is considered the mainstay of treatment, it is often appropriate to manage the symptoms using a combination of medications, supplements, a well-balanced diet, and regular exercise.

Some women should not use certain medications. Some evidence has found that hormone use in post-menopausal women may prohibit or delay the natural regression of uterine fibroids. A surgical approach may be more desirable then, as fertility is no longer a concern. Additionally, women with heart conditions should typically avoid NSAIDs unless directed by their doctors, and those with clotting problems should not take Lysteda. As there are many options, an open conversation with your physician is very important.

You are encouraged to make an appointment with your Primary Care Provider or OBGYN if you are bothered by any of the common symptoms of uterine fibroids above. You know your own body. Together with their medical knowledge, you can get the correct diagnosis and advice for the most effective management of your unique circumstances. The right doctor will be a partner in decision making and will make you feel heard, respected, and in control of your health.